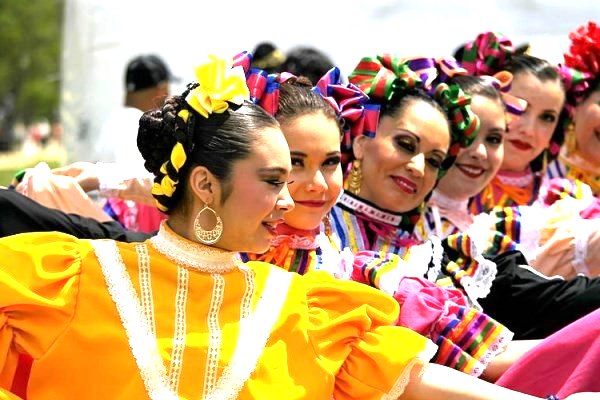 Many ways That You Can Celebrate Cinco de Mayo

Cinco de Mayo is known as one of the holiday’s that represents Mexican pride because of its rich history. On this day, Mexican citizens honour the triumph of the Mexican Army who fought against the French army in the Battle of Puebla on the 5th of May 1862. The date was declared an annual holiday on September 16, 1862 by President Juarez; then after this, Cinco de Mayo became a popular Mexican holiday.

Sometimes, there are also re-enactments of the Battle of Puebla. In the US and in some areas in Canada, Cinco de Mayo parties are often hosted by families and friends. Green, red, and white, which are the colours of the flag of Mexico, are often seen in costumes and party decorations. During these festivities, Mariachi bands perform or Mexican folk music is played, and traditional Mexican dancing is also present. People also feast on traditional Mexican dishes such as enchiladas, salsa, tacos, and tortilla chips.

Beside Mexicans, many other citizens around the globe also celebrate Cinco de Mayo. In Mexico, most Cinco de Mayo celebrations take place in Puebla, the battlefield of the Mexican Army and the French. In Mexican celebrations, you would see large parades where people are dressed up as French or Mexican soldiers. There are also a lot of vendors selling traditional Mexican food, traditional clothing, as well as accessories for people to wear during the occasion.

If you wish to celebrate Cinco de Mayo to honour and celebrate the Mexican Army’s victory this May with your family and friends, you can now begin your party planning. Here are some tips that may help you have a spirited celebration:

Dressing up for the Occasion as Most Do

You can choose outfits that exhibit the colours of the Mexican flag. This will be even more perfect for the occasion. This is to easily bring the Cinco de Mayo spirit to your family and friends to fully enjoy. To make things even more fun for your celebration, you can also wear outfits that inspire Mexican traditions; or, you can also wear clothes that have been designed and styled by Mexican designers.

If you want to include some accessories, it might be fun to carry instruments like maracas or a guitar to bring in more of that fun Mexican vibe.

For Cinco de Mayo celebrations, it is great to visit websites where you can hire a mariachi band to perform at your party if you can afford this. If not, you can always create a Mexican-themed playlist instead. You can browse online to see Mexico’s top billboard songs to know what’s popular today. Another option for you is to perform Mexican songs if you and your other family members know how to play the guitar or the maracas.

Adorn Your Home with Mexican-style Decorations

As mentioned earlier, Cinco de Mayo parties often feature red, white, and green colours since these are the colours that represent the Mexican flag. You can get balloons and streamers in these colours and you can also check out a party prop store to purchase a Mexican flag that can be hung somewhere in your home. For the dining area, you can set up brightly collared tableware; and for an excellent option, you can add the piñata to your Cinco de Mayo party.

If you’re wondering where you can purchase piñatas, just visit a party store and you’ll be able to find one for your celebration. Since you’re aiming for the red, green, and white theme, it’s best to search for one around the time of the celebration itself, or if you want to bring out your creative side, you can also make your own piñata for your Cinco de Mayo party.

If you’re not into the piñata, you can instead, use luminaries which are another great option to keep to the tradition. Luminaries are tin candle holders that have punched holes to create a starry night effect.

Play the Lotería Game With Some Friends

Usually, players use beans to mark their board. Players who first complete the established rules must shout “Lotería!” You can also make this more exciting by playing the game for nickel or dollars.

In a Lotería game set, a deck of fifty-four cards with colourful images and ten boards with random patterns of 16 images are present. Before the game begins, rules will be made and an announcer will be picked. After selecting a card from the deck, the announcer may choose to make riddles or say humorous things to give other players a hint about what is on the card.

Everyone Dances Friends and Family

Dancing is one of the activities done during the celebration of Cinco de Mayo and the Mexican Hat Dance is the most popular for the occasion. There are also other Latin dances such as folk-lorico, salsa, and rumba. You can either hire a professional to teach the partygoers some dances or browse online for videos that can teach you how to do these dances.

Serve Mexican Food For This Holiday

Food is one of the things that people never miss in celebrations, so for Cinco de Mayo, serve a variety of Mexican dishes. You can mix up some guacamole, make enchiladas, or grill chicken fajitas.

For a more enjoyable holiday, celebrate Cinco de Mayo by playing with the Whistlecopter toys with family and friends. The Whistlecopter is the only toy that can fly up to 250 feet in the air. It also emits the brightest Led lights while flying and looks like fireworks in the sky. It also now comes with new super glow wings. Its wings have unique designs so each Whistlecopter looks different floating down from the sky. They are also made from the most durable plastic to ensure that the wings do not break like all the copies and knock offs do.

With the Whistlecopter, everyone will enjoy long hours of playtime. It has a PATENT AND TRADEMARK because it is the most incredible flying LED copter available and WHISTLES on the way up !! No Led Flying Helicopter can compare to the Whistlecopter.

<How You Can Avoid Alcohol Prob...
Mother's Day Traditions Around...>
If You Want To Be A Vendor